Son of a Crane of tremendous wealth and influence, Seisho had a hyper-sensitive mind which granted him understanding of others’ feelings, but it also wore him down emotionally and physically. Seisho continuously suffered headaches, depression, and sleepless nights. He attended the Doji Courtier, a festive and frivolous samurai who spent his time gambling, drinking, and visiting the theaters and geisha houses.

As an opportunity to get rid of his embarrassing son, his father obtained for Seisho the assignment as Head of the Crane delegation in Toshi no Naishou, capital of the Naishou province. Seisho kept his habits, showing up drunk at court on several occasions, and once he even brought two geisha with him. Beneath all his misery Seisho was a clever and intelligent man, realizing he was set on a spiral of self-destruction. 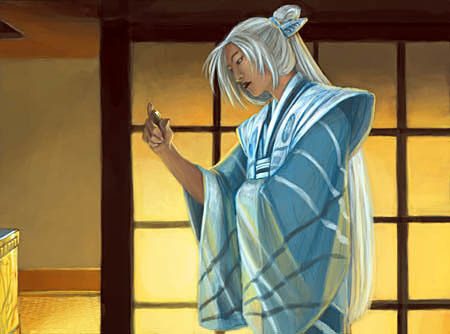