Kagemori was an impressive warrior and an intimidating presence, who favored the tetsubo as main weapon. He fell asleep while standing watch, and was cast out as an inexcusable failure, despite nothing happened this night.

Kagemori survived as a sword for hire, fighting in many battles. He acquired a flair for battlefield tactics, based more on instinct than any learned strategy. Kagemori began to be hired as yojimbo by military commanders, who actually used his tactical advice during battle.

Kagemori eventually traveled to Naishou Province, which had come under temporary Imperial tenure. The province had been claimed by several clans, and he expected war would break soon 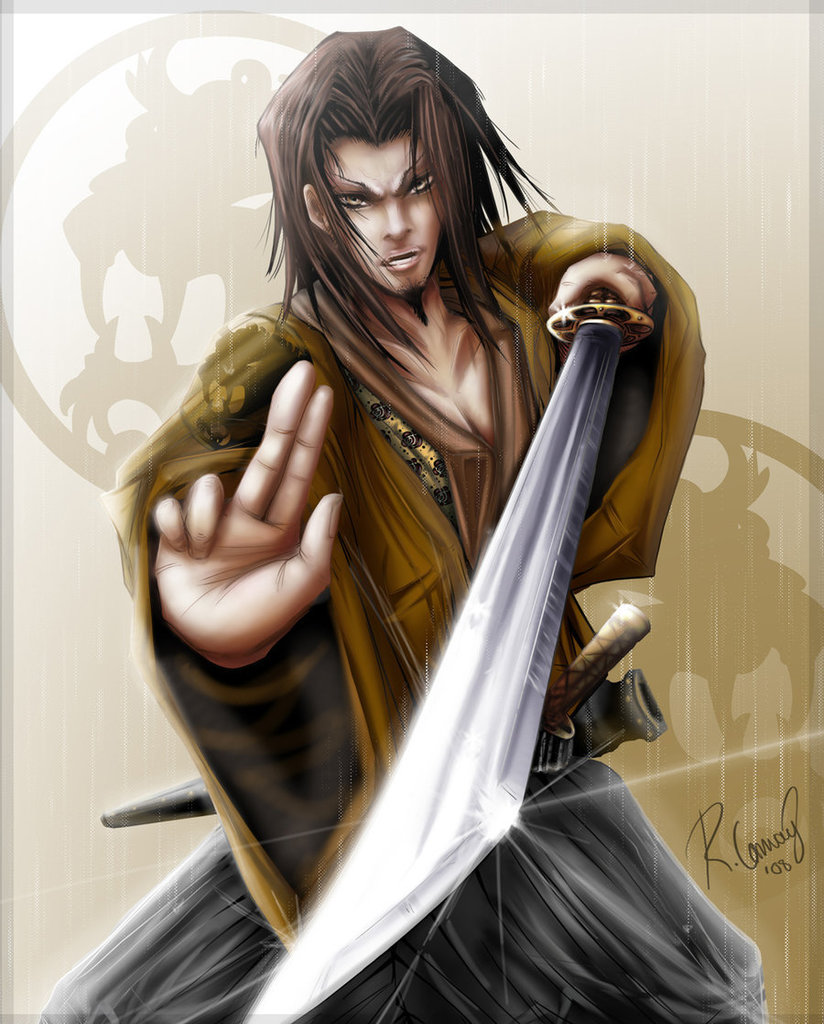