Suzuhiho a dashing and popular figure at court, with brightly-dyed red hair and natural green eyes. She was a naturally talented singer who was frequently courted herself, and in turn Suzuhiho was always aware of the latest romantic scandals.

Suzuhiho sought a position as a magistrate after a series of strange murders plagued her home province, a shugenja who magically covered his tracks. Because many of the killings first appeared to be deaths by natural consequences, she dubbed the killer the Hand of Fate. Suzuhiho was assigned to Toshi no Naishou’s court, as she was convinced the criminal had moved to the city. 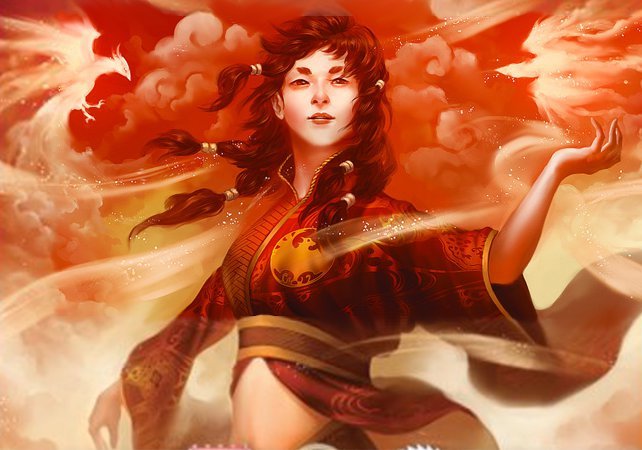